Weather stories about the fierce thunderstorms and rampant flooding that have plagued towns and cities across the U.S. have filled the news lately. The rising waters have swept houses off their foundations, and floated automobiles along like hapless toys. After hearing about so much sadness and destruction, it was nice to be on a road trip with nothing but sunshine and clear skies all around. On this particularly beautiful day, the possibility of becoming a part of one of those stories was the farthest thing from my mind. 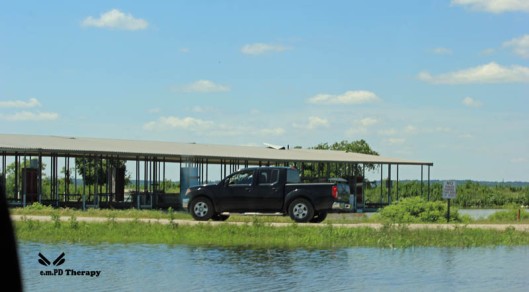 We were cruising along, marveling at the amazing views and speculating that based on the current water levels we were witnessing, this area had certainly been affected by the heavy rains and flooding. 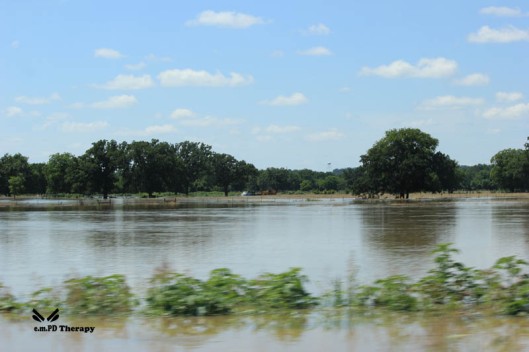 Without warning, we popped over a hill and ran into this… 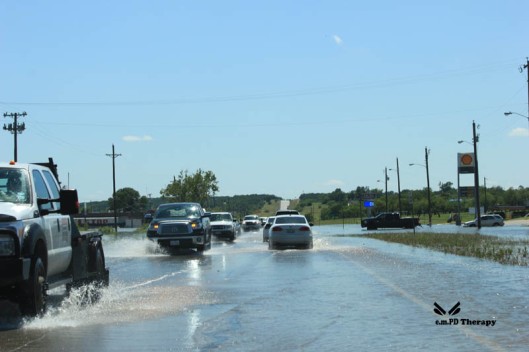 It was one of those moments when you have to make some big decisions while your brain is still trying to process the data it’s receiving. Traffic was moving forward and there wasn’t anywhere to pull over, turn around, or otherwise avoid getting wet. Or honked at. So, we continued on – in spite of all the warnings from one meteorologist after another, admonishing drivers against this very thing. 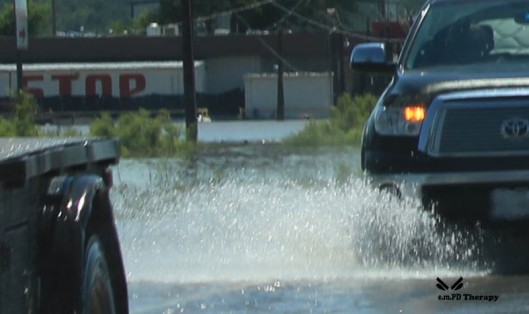 I quickly assessed the car in front of us and decided that we should drop back a bit more and see what happened to them. Not in a sacrificial sort of way, just cautionary. Our cars were of similar size and distance from the ground, so I figured if they could make it through without stalling, we should be able to do the same. 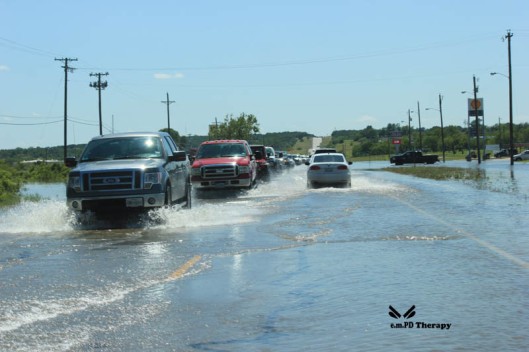 Besides, if I could still see the lines on the pavement the water couldn’t be very deep. And the guy sitting in the highway safety truck on the side of the road wasn’t trying to stop us, it had to be OK to proceed. Right?

I didn’t factor in the wake from the big, super-duty trucks traveling in the opposite direction in the next lane. That made for a few breath-holding moments. 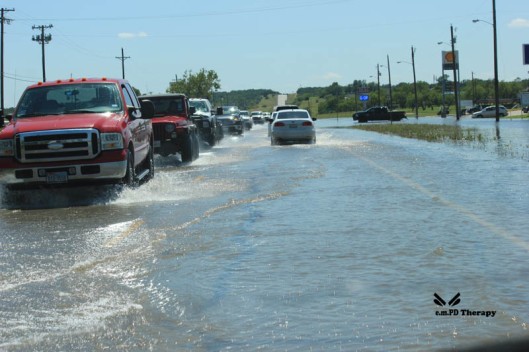 And then I saw this.
They appeared to be in exactly the situation I was hoping to avoid. 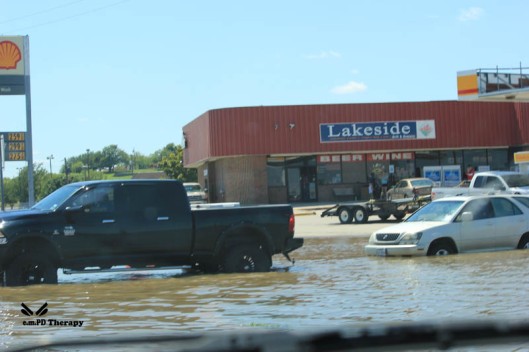 Now, this wasn’t exactly like crossing the Red Sea, but prayers were answered and we made it safely across, with the engine in my little HHR still chugging along. As we were exiting the waterway, I noticed these travelers about to enter the bay waters and wanted very much to warn them, “Don’t do it!” But, I didn’t. And I couldn’t stop to watch their progress. I hope they made it. 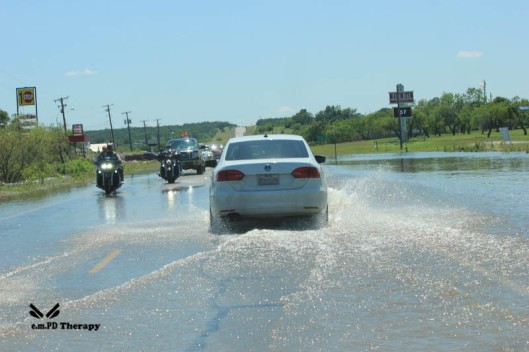 Oh, and the little town we were passing through… 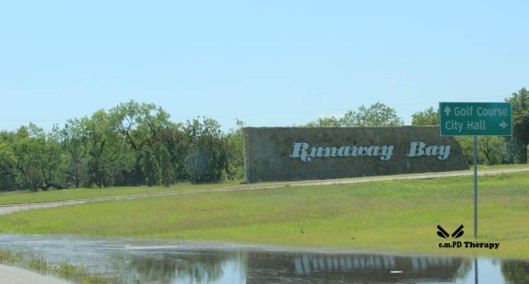 When I looked up and saw this amazing cloud looming overhead I was mesmerized.

Cameras were out all over the place and I couldn’t help but feel a special bond with the faces intently peering through an assortment of lenses in our shared state of awe. A version of it was even featured on the evening news, not surprising for a town that has the luxury of repeating the same news segment several times a day. I had to giggle just a little when the weather guy at one of our local television stations said he wasn’t sure what kind of cloud it was. At least he was honest.

Me being me, I gave it a fake name and immediately started to create all kinds of scenarios to explain the presence. Scenarios that went far beyond my initial, “That’s a really cool cloud” assessment. Of course, I started with the obvious – visions of a sleek alien ship using it as a cloaking device, and moved on to considering an army of supernatural beings kicking up cloud dust as they waged a life and death battle. The “good guys” fighting to save Earth and the tiny inhabitants peering up at them through an assortment of lenses in a shared state of blissful awe, oblivious to the immense danger, while the “bad guys” were – well – being bad guys. After playing that last scenario out in my head for a bit I decided I was much happier with my initial assessment – that’s a really cool cloud.